The purpose of this five-year breeding project is to reduce transgenic contamination of organic maize grown in the USA by maintaining the integrity of organic maize seed.  Organic farmers are not required to produce transgene-free crops, but they must plant seed that is free of transgene.  An important objective of this project is the education of seed producers and organic farmers on how to use these “Organic-Ready” varieties for reducing the incidence of transgenic contamination. 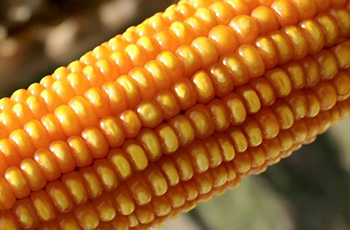 A group of 37 maize populations and inbreds are being converted to Ga1s and Ga2s gametophytic crossing incompatibility in order to help organic farmers reduce the incidence, expense, and worry over transgene contamination of organic corn. These naturally occurring traits, derived from South American popcorns in the 1940s and 1950s (Ga1s) and more recently from Mexican teosinte populations (Ga2s), can be deployed to help maintain the integrity of organic maize seed used for grain or silage production as part of a suite of isolation strategies.

Germplasm development is taking place in certified organic and other non-certified nurseries as required using populations that represent appropriate maturities across much of the USA and Canada. During the development of these modern “Organic-Ready” populations, lines, and hybrids, lines with colored seeds and white endosperms will be developed to aid in this conversion that will also be useful for the organic blue corn market. The converted lines and populations will be released as open pollinated “OP” populations, population hybrids, inbreds for hybrids, and further development via commercial channels and the USDA Plant Introduction Station in Ames, Iowa. To increase the likelihood of success of this five-year project, an instructional video was produced in 2011 to explain the trait, how to successfully use it, and why it is in “synthetic” OP and hybrid varieties that are okay to grow organically. Further outreach includes a pamphlet posted online, proceedings articles, and presentations at organic conferences.

A final project report will be posted upon completion.